Running Into You, Not Running Away - The Writers Cafe
15515
post-template-default,single,single-post,postid-15515,single-format-standard,bridge-core-1.0.5,qode-page-transition-enabled,ajax_fade,page_not_loaded,,qode-theme-ver-25.8,qode-theme-bridge,qode_header_in_grid,wpb-js-composer js-comp-ver-6.10.0,vc_responsive

Running Into You, Not Running Away 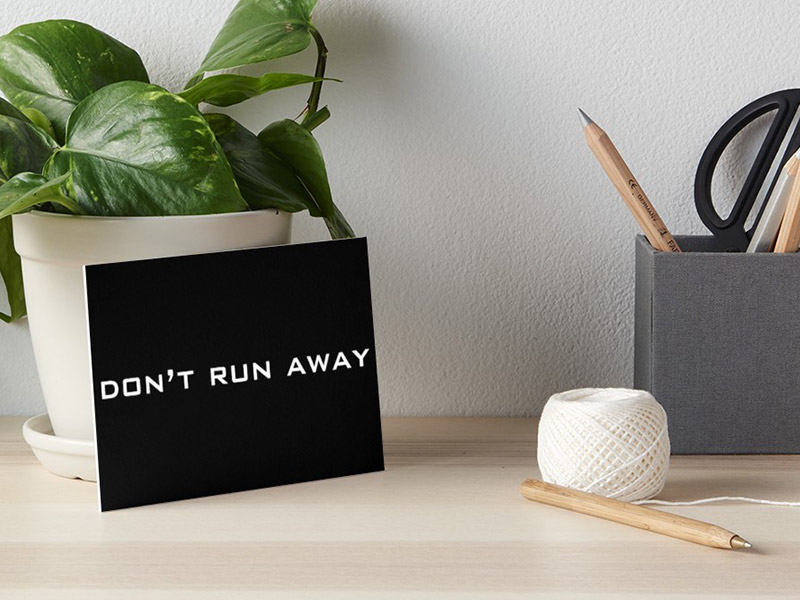 07 Nov Running Into You, Not Running Away

The 90s rock artist Bryan Adams had a song by the title of ‘Run Back to You’ in The Best of Me album which was a roaring hit, apart from the entire album altogether as it featured students form the Julliard School. While there, the running back was between lovers, I have come to realize that running into one’s own self is much better than running away from something. As humans looking to survive in this fast paced world, we try and run away from things we don’t want to deal with.

But what would it be like if we could create and choose what we wanted in our lives, so there was no running away from anything at all? A large part of my early 20s was unknowingly so, while I got into the family business to escape the process of job-hunt as I wasn’t aware of it. I got into a job eventually to run away from the family business and further studying, after completing two postgrad degrees. It was soon to become a vicious circle but thankfully I stopped and realized that life would be a series of unending circles if I did not take charge. And that is when I ran into myself, did some introspection on what I really wanted out of life.

This was no ‘sit on the mountain with eyes closed’ exercise nor was it some ‘days of gazing in the dark’ process. All I did was list the things I was good at, another list of things I enjoyed doing and then deduce what the market had to offer where I could use the abilities I had listed for myself. While the activity did not take over few days of thinking, it mostly needed a lot of going back to my school days, my teenage and even more recent years of experiencing family business and corporate worlds alike. I figured I was best when doing something I was passionate about – as is always the case with most people. But what was different was that I had always been open to creating more things I could become passionate about. So it was not necessary that I work within my skill-set only, but there had been times when I had taken up new things, and become passionate about. My love for doing business came from this element I suppose, but that was yet to be discovered. I was able to deduce this only after regressing into my high points in the last few years, where I felt exhilarated and happy. This entire running into myself exercise led me to start the digital marketing company back in 2012, when websites for businesses was a rare concept still in India.

It is imperative to understand one’s self to prosper and grow in life. Your strengths and weaknesses promote and stop you respectively – it’s up to you what you want to work on. Running away from things, situations, and people – is an easy option until we realize the loop it puts us in. You can instead choose to take some time out to understand what type of people and situations you would rather want in your life, weed out the unnecessary growth stoppers and move towards a new direction. The first step is running into you yes, and after that running ahead, not away from anything. Your choice is something you can exercise – if YOU want!